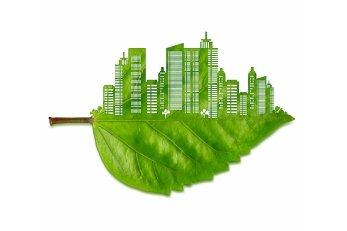 Green City is a trigger term, a buzzword that nearly everyone recognizes. It’s surface definition being a town that is environmentally friendly is well established. However, experts know the term to include much more than eco-friendly action. The definition of a green city is less solidifed and specific than it should be, and it leaves far too much room for ambiguity and opinion to settle in. With this lack of clarity comes openings for surface greening and misinterpretations. One goal I have this summer is to get a more clear and precise definition of a Green City.

Green cities are a social construction in themselves, however their lack of clarified characteristics allow for even more variations in social constructions and perceptions. Due to this, I want to dig into the different constructions and views of green cities and sustainable development across the world and eventually within different nations. My hopes are to utilize this information into better marketing and education on green city development.

I believe that green cities and sustainable infrastructure are a necessity for the future and the sooner they become the norm in a strong and effective manner the better. I have found that the most deeply implemented green tactics are not in large cities but in smaller communities like Greensburg, Kansas and Dubuque, Iowa. Both of these towns were not ones that paid attention to progressive planning until they were struck by disasters. Now, they are both strong sustainable cities with a passion for people and the planet. This has led me to direct some of my research to where green city development will be most effective in these early stages. Thinking back to the teachings of Wendell Berry in his piece titled Faustian Economics, an emphasis on local communities and connections are key in environmentally friendly living. I want to investigate the possibility of that being true in green city development as well.

Throughout the next several weeks, I hope to combine a stronger green city definition, the social constructions of green cities, and the analysis of small community scaled green growth to learn more about the best ways to push and implement sustainable urban development.